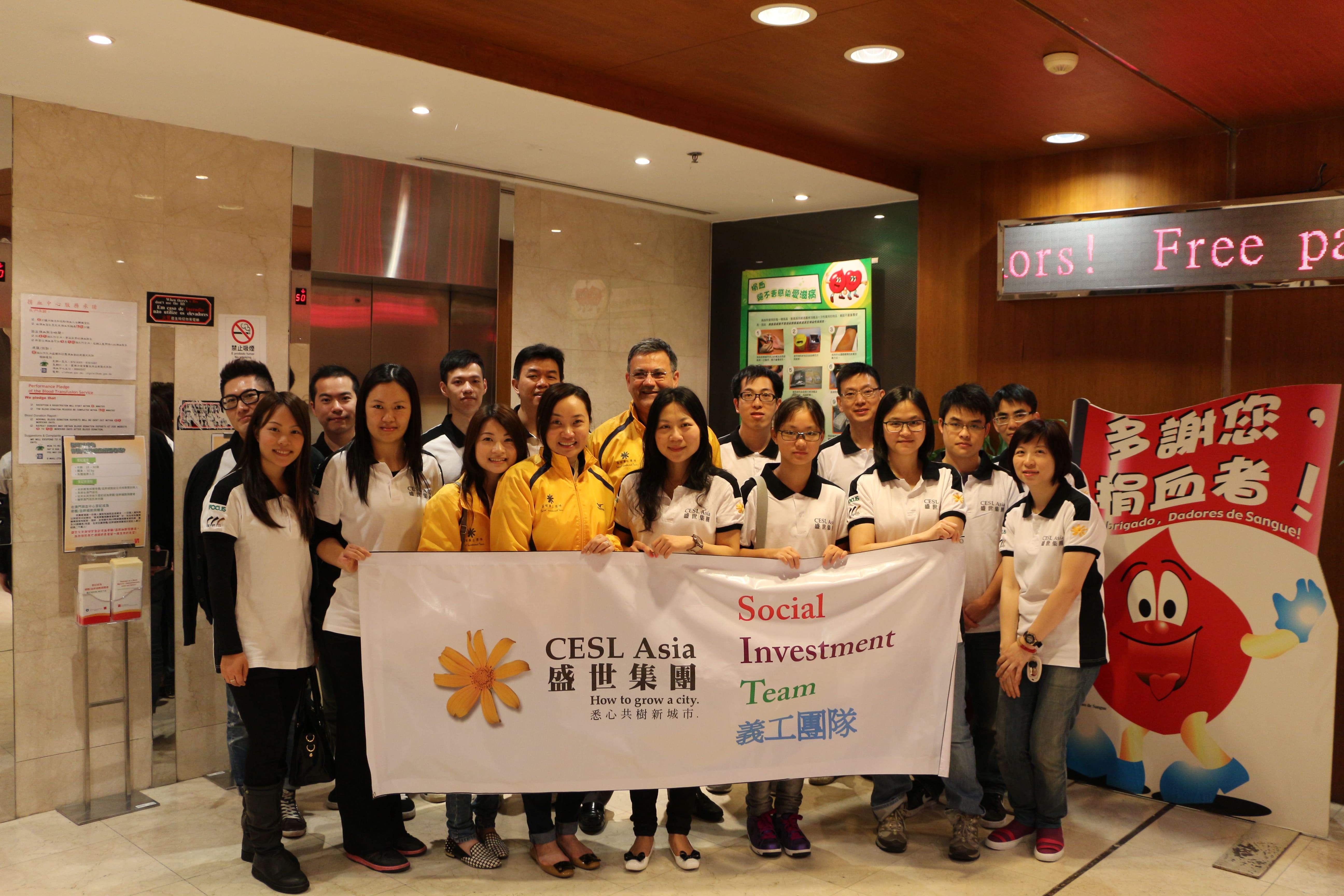 Macau, 14 April 2014 – CESL Asia and its Social Investment team have been actively participating in social responsibility activities in Macau for many years. This time they offered a helping hand in maintaining Macau’s blood bank. Mr. Antonio Trindade, the President & CEO of CESL Asia, led its Social Investment team members to the Macao Blood Transfusion Service Centre for blood donation on 12th April.

Mr. Antonio Trindade stated that he hopes to encourage their staff to make blood donation a habit for saving lives. More than 20 Social Investment Team members joined the blood donation which was the first time for many of them. Thanks to encouragement from the management, they were very excited in taking part in this meaningful activity.